Photos came an album at Facebook, I did not asked permission to post but this is a good event and I am not going to let this pass without having it here 🙂 So here goes.

This are taken back March 9, 2011 at California Pizza Kitchen, Glorietta 3, Makati. 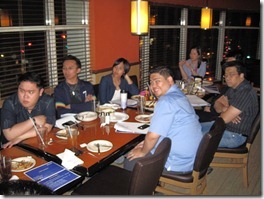 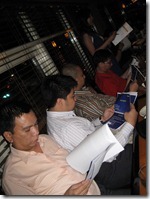 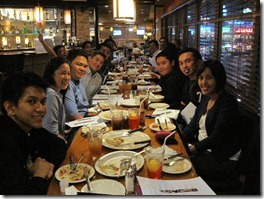 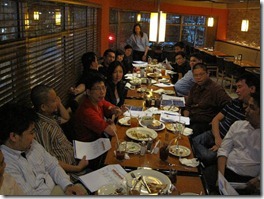 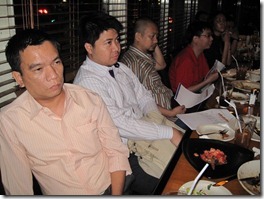 Thanks Zandra, Tim, Marcos and to the DPE for the dinner and for the clarifications and information. Till next time!

As you may already knew, the Service Pack 1 was already released for Windows Server 2008 R2 and Windows 7 clients as well.

I had a few discussions with the other IT people and asking me, why am I installing the SP1. Generally speaking, why I want to install from a disk that has the service pack in it already is because I wanted to keep my PC as updated as possible and instead of me doing an upgrade to a machine that I will update anyways, I’ll just start from an image that has the service pack – minus the head ache of updating one’s machine.

On the server side, I had a chance before to demo one of its feature the “Dynamic Memory” over a TechNet session here in Makati and if you are looking into Virtualization, you may want that feature – and its free with the update, why not yea?

More info at this TechNet link: http://technet.microsoft.com/en-us/library/ff817622(WS.10).aspx and here http://www.microsoft.com/oem/en/downloads/pages/windows_7_sp1.aspx